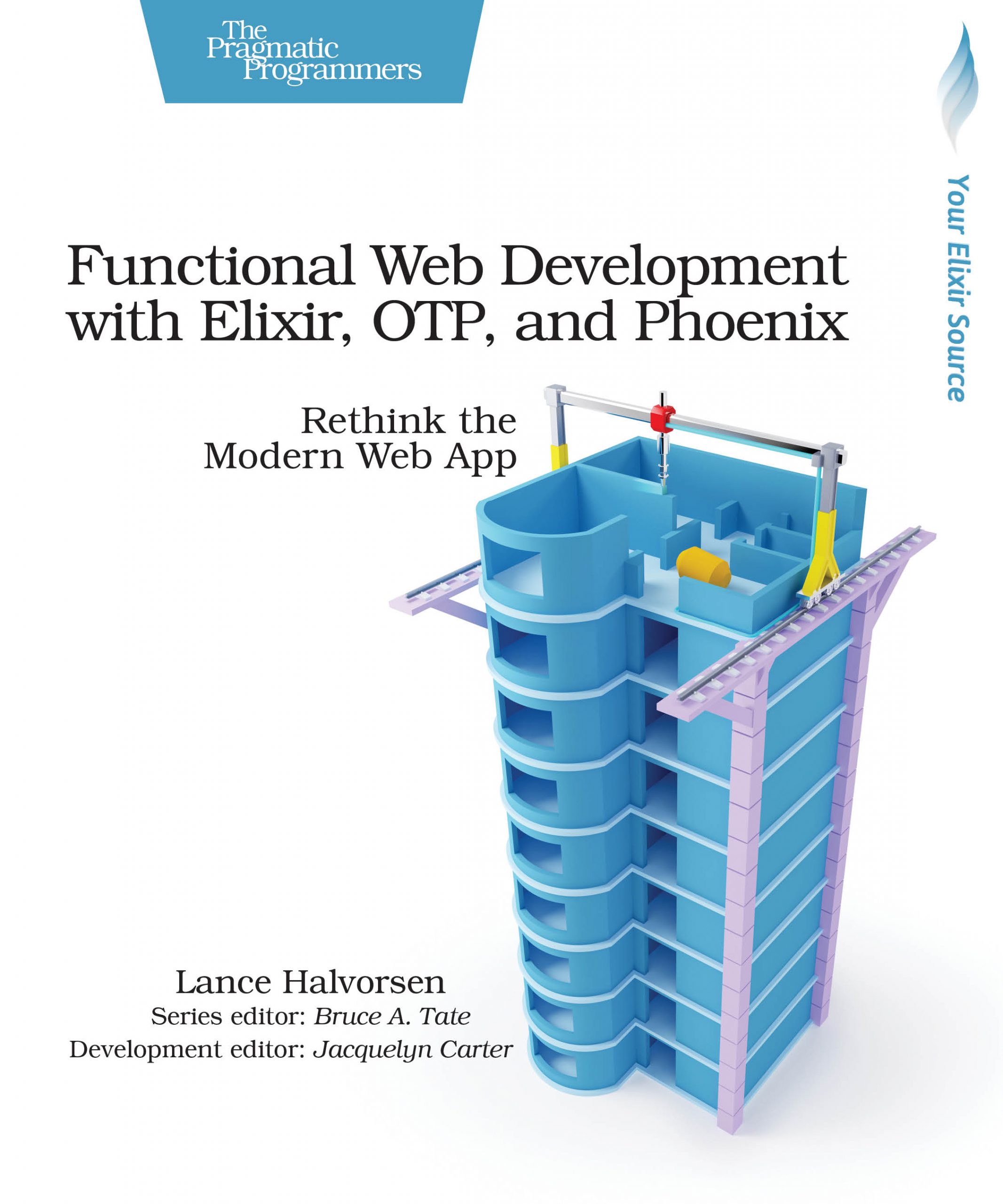 Elixir and Phoenix are generating tremendous excitement as an unbeatable platform for building modern web applications. For decades OTP has helped developers create incredibly robust, scalable applications with unparalleled uptime. Make the most of them as you build a stateful web app with Elixir, OTP, and Phoenix. Model domain entities without an ORM or a database. Manage server state and keep your code clean with OTP Behaviours. Layer on a Phoenix web interface without coupling it to the business logic. Open doors to powerful new techniques that will get you thinking about web development in fundamentally new ways.

Elixir and OTP provide exceptional tools to build rock-solid back-end applications that scale. In this book, you’ll build a web application in a radically different way, with a back end that holds application state. You’ll use persistent Phoenix Channel connections instead of HTTP’s request-response, and create the full application in distinct, decoupled layers.

In Part 1, start by building the business logic as a separate application, without Phoenix. Model the application domain with Elixir functions and simple data structures. By keeping state in memory instead of a database, you can reduce latency and simplify your code. In Part 2, add in the GenServer Behaviour to make managing in-memory state a breeze. Create a supervision tree to boost fault tolerance while separating error handling from business logic.

Phoenix is a modern web framework you can layer on top of business logic while keeping the two completely decoupled. In Part 3, you’ll do exactly that as you build a web interface with Phoenix. Bring in the application from Part 2 as a dependency to a new Phoenix project. Then use ultra-scalable Phoenix Channels to establish persistent connections between the stateful server and a stateful front-end client.

You’re going to love this way of building web apps!